Jamming on a G-String

Theater is one of the art forms that best represents the concept of collaboration, and the reason why the project management team proposed early on that a theatrical piece be included in the calendar of events. But the limited time-frame that the team had eliminated the possibility of staging a play. A fashion show was proposed, and approved, instead.

"Jamming on a G-String" was the title given to this production that would feature, at its center, selected local fashion designers and their creations presented on stage to music performed live by local artists.

The fashion show was first mentioned during the press conference on September 19, 2019 held at the Baguio City Hall. A week later on September 26 during the media briefing at the OTOP center for Made in Baguio: The Competitions in Crafts and Folk Art, questions about the fashion show were raised by some designers who were in attendance. The final audition and production process was still being drafted at the time. Nevertheless, we have already determined at that point the basic requirement of first submitting a proposal, so it was announced to those present at the time to start preparing their proposed designs to feature in the show, and that the final audition process will be made public soonest.

In the next few days, the final announcement was made online.

Again, as with all the other commissioned works, an audition process was drafted wherein interested designers must submit their portfolio/resume, proposed designs to be featured in the show that must include:

In the meantime, the festival’s creative director who was directing the show, started exploring possible artists to perform the music live on stage. The band had to be flexible enough to adjust to the unique circumstances of the production and be able to compose original music based on a theme or creative direction given to them. 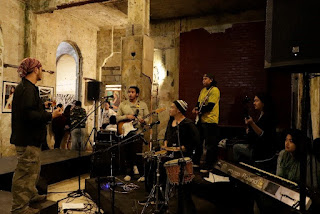 A new band composed of young musicians, Paint Job, which specifically specializes in improvisational and experimental music, was asked to audition. Director K.M. Altomonte gave them basic themes for musical pieces, and gave them three days to come up with studies.


Three days later, a demo reel was submitted, and the band was booked for the show.

On October 2, members of the Fashion Association of Baguio (FAB) Youth, Inc., accompanied by Oshare founder Brenda Villanueva visited the Ibagiw secretariat to offer their support and logistical assistance to the production. While the stage managers of the festival were experienced in various theatrical productions, this was their first time to stage manage a fashion show, so it was a welcome visit.

Altomonte shared his directorial concept to group, who, being more experienced in this field, in turn offered recommendations to make the preparations more efficient, particularly backstage management concerns. They also offered to cascade the call for submission to their community.

Soon after, the production staff received several submissions – many of them from FAB Youth. From these submissions, the following were the six designers whose proposals were approved and their brief descriptions of their respective proposed designs:


“Pagyanig: Baguio After the 1990 Earthquake”
The collection is inspired by the rebuilding of the city and its people after the earthquake.
This big leap ushered in artistic renaissance and the birth of the Creative City.


Twinkle* Ferraren
“Future Native… A Return to Roots”
Learning about her heritage – tracing it all the way to Baguio, La Union and Abra – has allowed her to rediscover textiles, materials and crafts and advocate the revival of local artisanal skills. Her design is a personal journey to where it all began and towards becoming a Future Native.


Eros Goze
“Baguio Ode to Lacroix”
Inspired by Lacroix, this features over the top fashion victims
but with the Parisienne look of opulence.

Kristoffer Tabili
“Symbolizing Baguio”
Fresh flowers and Pine trees define Baguio.
These iconic symbols should be preserved, and everyone must be reminded that we should love our environment. When flowers bloom, Baguio booms. When trees sway, the air waves.

On October 30, a pre-production meeting was set. Except for Twinkle* Ferraren who was abroad at the time, all designers were present. Also in this gathering were the members of the band Paint Job: Leon Altomonte, Ton Vergara, EJ Romawac, Ray Yodong, Jed Sta.Maria and Gaea Claver.

Aside from the details of the production, rehearsal schedules and call times on the day, honoraria for each of the designers were discussed, along with the allotted budget for their models.

Before the meeting ended, Oshare’s Brenda Villanueva offered additional help to the production. She and her team pledged food and beverage during the show plus hair and make-up and ushering services, just to name a few. 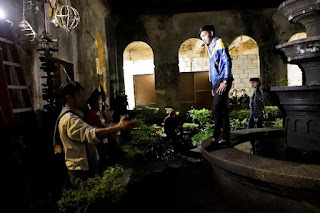 On November 8, the go-see for models was scheduled. Save for Kristoffer Tabili who already had models for his collection, the other five were still casting. Several local modeling agencies attended, thanks again to Oshare’s invitation. 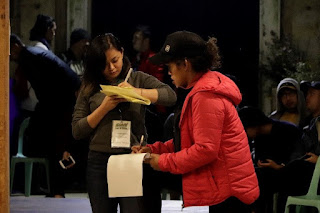 The first rehearsal was set on November 14 at 6:00PM in Kafagway Garden, a courtyard inside the Old Diplomat Hotel. With a large fountain in the middle of the quad, this fashion show was looking more and more like the first of its kind. Altomonte started blocking over two dozen models in the area using a rough recording of the band’s music. As the production started to take shape, he gave out additional directions for the music, extending some sections, cutting short others, which the band would have roughly a week to work on.

Then tropical storm Ramon (Kalmaegi) which was forecast to make a landfall in nearby province Cagayan on November 20 and might bring in rains to Baguio forced the creative team to make drastic changes to the production. One of the options was to place a protective tarpaulin over the courtyard, but the prospect of strong rain remained and might make for an uncomfortable experience both for the performers and the audience. Altomonte decided on November 21 – the scheduled second and final rehearsal – to move the fashion show indoors to Orengao Hall. Major changes in blocking had to be made that night and reviewed quickly the next day – only a few hours before the show started.

Call time on November 22 was set at 1:00PM. Three exhibit rooms were temporarily transformed into dressing and waiting areas for the show. The whole afternoon was abuzz as models, actors, hair and make-up artists, ushers and fashion photographers started arriving at the venue, filling the whole space with eclectic energy. 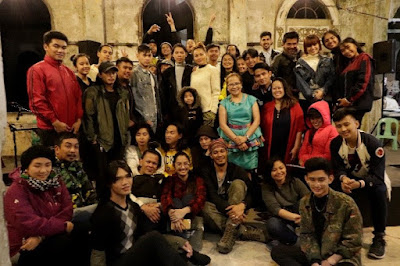 Soon, guests started arriving. Personalities from local fashion scene were present, but it was interesting to see renowned artists and politicians present in the event like HABI president Adelaida Lim, DOT OIC Regional Director Jovi Ganongan, and Baguio Tourism Operations Officer Alec Mapalo. Also present were National Artist Ben Cabrera and the Mayor of Baguio City Benjamin Magalong and his wife - their daughters (and in the case of Cabrera, and granddaughter) were modeling that night. 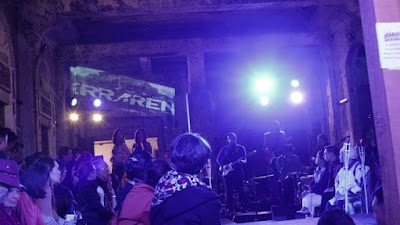 The show promptly started at 6:00PM and, as rehearsed, ended an hour and a half later.

Jamming on a G-String was not merely a parade of clothes. It showcased Baguio’s diverse cultural scene and the fusion of tradition and innovation.

As one of the stage managers, Eunice Caburao, shared…

“Jamming on a G-String was possibly the most exciting and challenging of all the big events scheduled during the week-long Ibagiw Festival. First, this was the production team’s first time to stage manage a fashion show. Second and more importantly, it involved nearly a hundred individuals including fashion designers, models, hair and make-up artists, cosplayers as ushers and so many more.” 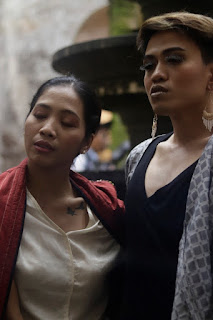 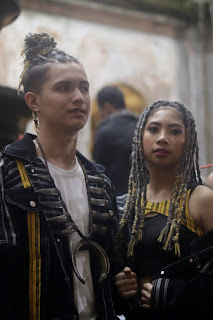 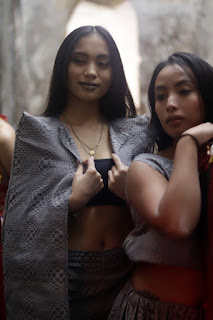 
* With annotations by Eunice Caburao, stage manager in-charge of activity